skip to main | skip to sidebar

I was idling through the airport bookshop yesterday on my way back from Paris, and came across a paperback by Raphäelle Giordano called "Ta deuxième vie commence quand tu comprends que tu n'en as qu'une" - or in English "Your second life begins when you understand that you don't have more than one".

The book is a self-help book, dressed up as a story about a middle aged Parisian woman who seems to have everything she should want, i.e. a son, happy marriage, job. One day she has a car accident, and in trying to get help meets a man who calls himself a "routinologist".  In talking to the man, she realises how in fact she is deeply unhappy, and over the next few months works with him to re-evaluate and change her life.

The interesting point from a psychological perspective is that the book details various strategies which people can use to take stock and change their lives, and these are detailed in an appendix. Given the authors background in coaching and training in areas such as NLP, the suggested methods are not that surprising.  For example, one suggestion is building an internal catalogue of positive images. This reminds me of a talk I heard by Richard Bentall many years ago, in which he talked about depressed clients needing to build new cognitive schemas to sit alongside and out compete the negative schemas which have built up during the person's life. In other words, gaining insight into the negative stuff may be useful, but alongside this there needs to be active strategies to promote and gain from positive experiences.

Interesting what you can come across browsing in the airport bookshop! Given that Giordano's book appeared to be number one on the list of best selling French short paperbacks, it also illustrates the probable dissatisfaction many people have with their current lives - despite appearing to have all that they want. 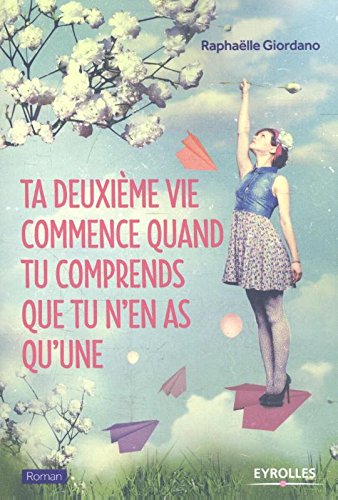 CoPsy blogger
Dr Tony Ward is a chartered psychologist and a registered health and counselling psychologist. He specialises in working therapeutically with neurological populations, especially people with MS, ME and head injury. Dr Ward is an Associate Professor of Counselling and Health Psychology, and teaches on the Professional Doctorate in Counselling Psychology, at the University of the West of England. He works closely with the Helsinki Psychotherapy Institute, where a UWE accredited MSc in Solution Focussed Therapy is available. He also teaches on the Masters in Clinical Psychology at the Universite of Paris VIII. He has a part time role in a therapeutic setting.